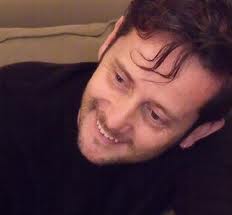 Architect Matthew Frederick
Returning from St. Martin, I stopped over in Chicago to get some repairs done on my viola (kudos to violinmaker supreme Michael Darnton!), and had some hours free to roam the streets. There's a place I love across from the Art Institute called the Chicago Architecture Foundation - they sponsor tours of local buildings, offer lectures and classes, and they have a fun shop full of books and cool design-ware. My younger son is thinking about going into design of some sort, and I spotted a book called "101 Things I Learned in Architecture School"for him. Flipping through it, I could see it was a keeper. I think my husband and I have spent more time taking in its pearls of wisdom than our 13 year old, but that's another story.

Author Matthew Frederick shares his insights, one per page with a facing illustration, on topics as wide-ranging as how to draw a line, the need to express zeitgeist, or the relative width (in inches) of summer people versus winter people. Page 45 is titled "Three levels of knowing", and I have been playing with this idea in my mind for weeks now.

Here is what Frederick writes:

"SIMPLICITY is the world view of the child or uninformed adult, fully engaged in his own experience and happily unaware of what lies beneath the surface of immediate reality.

COMPLEXITY characterizes the ordinary adult world view. It is characterized by an awareness of complex systems in nature and society but an inability to discern clarifying patterns and connections.

INFORMED SIMPLICITY is an enlightened view of reality. It is founded upon an ability to discern or create clarifying patterns within complex mixtures. Pattern recognition is a crucial skill for an architect, who must create a highly ordered building amid many competing and frequently nebulous design considerations."

I love this summation of the evolution of awareness. It offers a great framework for considering education, for assessing where a person is at in the course of a project or a creation, or as a way of evaluating musical compositions.

It's an interesting lens through which to view 20th century classical music (yes, I still use the moniker "classical" to define 1000 years of multi-genre, multi-national music). Schoenberg and his tradition-busting 12 tone system cleared the way for some extremely complex compositions. In fact, in many universities, composition students were obliged to embrace complexity and shun vestiges of tonality. Serial approaches that determined not only sequences of pitches, but also durations of notes and dynamics certainly had at their core an iron-clad guiding principle, but could be extremely difficult for a listener to make sense of. As a music student in the 80's I remember playing a lot of student compositions that required me to do mathematical computations to figure out exactly how that measure was supposed to line up. Unfortunately, in too many cases a lack of clarifying pattern and connection often rendered the performing experience woefully unsatisfying. Complexity for the sake of avoiding simplicity is a misguided impulse.

As a side note, I would like to state that I find Schoenberg's own music tremendously compelling. His students, Alban Berg and Anton Webern, were masters as well and composed music that is tightly conceived and emotionally rich.

As the century wore on, the backlash against complexity crystallized around minimalism. Composers like Phillip Glass, Steve Reich and John Adams wove long musical tapestries from tiny bits of material. Glass is sometimes accused of being boring and simplistic. Having performed several of his string quartets I can say from experience that they are highly effective works that galvanize the listener's attention as the pieces traverse their long arcs. There is a cohesive architecture in play, with truly powerful climaxes and resolutions.

The problem is, the door had now been opened to legitimize dabbling in "faux-minimalism": music that uses but a few chords and lacks a larger vision. I hear too many compositions nowadays that use little and convey little. A simplistic musical view that fails to reach any depth isn't going to do much for the soul.

Grappling with complexity may be a necessary step for emerging from the adolescence of simplicity, whether in the game of life or of music.

May we all have the opportunity to grow through these stages and emerge as informed beings!

Posted by Unknown at 11:58 AM No comments: Links to this post

Ten years since his too-early passing from cancer, the tributes are pouring in via Facebook. I have a notoriously horrible memory for events and details from my childhood, but it’d be impossible to overstate the impact that Mr. Whitson and his brainchild organization, the Palo Alto Chamber Orchestra (PACO) had on my musical life.
Mr. Whitson, our illustrious leader, violinist, teacher, conductor, resident philosopher, football coach, fishing guru and mensch, was not a man to be trifled with. In his five-tiered orchestra, we learned from the time we were in our single digit years that we’d better not ever act like fools to be suffered. A few stern words were enough to scare us into practicing, taking responsibility, seeing the forest and not just the trees. I love the several references to Bill’s utterance of the word “Beethoven”. No, not “beethoven”... “BEETHOVEN”....I can still hear it, and see the terror-inspiring look in his eye.
Possessed of preternaturally rubbery jowls and heavy brow, he appeared as a twentieth century embodiment of something resembling Mozart, Bach and Beethoven rolled into one rather imposing presence. And yet, Mr. Whitson cared deeply about us youngsters. Probably because he cared so deeply about humanity. I think he didn’t care so much about people’s individual circumstances as he did about the great potential humanity possesses. The potential to create, to be generous, to interact in meaningful ways. To challenge ourselves beyond what we would have thought possible.
These days, there is a lot of motivational speaking that goes on about this kind of thing. You can buy self-help books or attend seminars of varying durations. It can all be a bit annoying, as one could suspect the speakers of being more involved with self-glorification, or the sound of their own voices, than with helping others. But Mr. Whitson was deeply motivational to us as a matter of course. He believed in the power of music to change lives, certainly, but mostly he believed in music itself and the absolute truth that it speaks about our humanity and even our connection to the divine.
He was never trite or patronizing. Not even for one moment. If he philosophized, it was always with a vaguely ironic look and a half-smile, probably with one eyebrow raised, so as to note that one ought not go down the road of taking one’s own thoughts too seriously. After all, there were more important matters at hand. Like making that chord in the Beethoven symphony convey the full intensity and gravitas of the composer’s intentions. Or allowing the ending of that Mozart phrase to waft seamlessly into the ether. An improper bump at the end of a classical phrase was no less than a crime - evidence that our minds and hearts were in the wrong place, or worse, on vacation. His unshakable expectation was that we would play our music with utter commitment, at all times. It perplexed him that anyone would ever play with less than 100% involvement.
Coupled with his belief that music is a social art, he forged in our minds the idea that we had the stars to reach for when we drew the bow across the strings, and that we were doing nothing less than creating a human paradise through our music-making.
Rest in peace, Mr. Whitson, and thank you for all you gave.
Posted by Unknown at 11:50 AM 1 comment: Links to this post